"The crossfader is the heart of a battle mixer."

Here, Nao Takagi – the engineer who developed the MAGVEL FADER PRO – reveals the secrets behind the crossfader’s story, focusing on the evolution of its mechanics.

Can you give us a brief history of the crossfaders on Pioneer DJ battle mixers?

The first model we put a lot of effort into developing a crossfader for was the DJM-909. It was also the first model with Feeling Adjust, which has optical crossfader position detection. You have to insert a hex key into a hole on the top panel next to the crossfader for the adjustment, instead of using a knob on the front panel for easy adjustment as you can with the MAGVEL FADER PRO.

The challenge back then was that using an optical-type fader meant there would be an increase in the component size. At the time, more and more open format DJs were gradually using DJM-900 Series mixers, so we wanted to downsize the fader to make it better for scratching. As a result, the first-generation MAGVEL FADER was born and we installed it in the DJM-T1.

What was the difference between the crossfader on the DJM-909 and the MAGVEL FADER on the DJM-T1?

The most significant change was that the crossfader position detection was changed from optical to magnetic (a method that detects the magnetic field emitted by a magnet). And this magnet is also the origin of the name MAGVEL FADER. 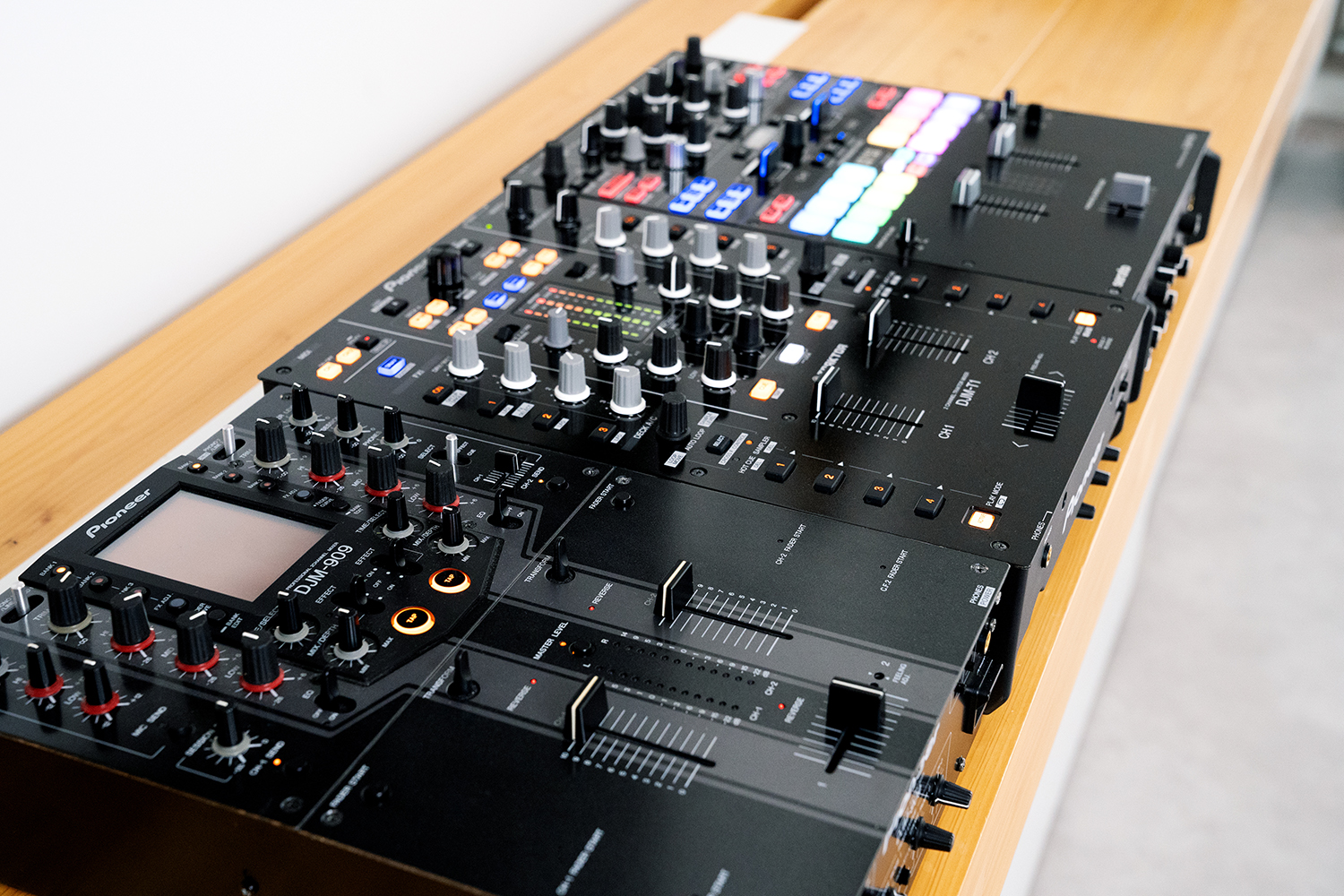 When developing the DJM-S9, why did you pay so much attention to the crossfader?

Many new functions have been created for DJ equipment, such as effect levers and pads, but I personally think most of them are reworkings of existing interfaces. I think the only DJ equipment controls that have evolved significantly are jogs and faders.

Turntablists are harsh critics of crossfaders. They try out crossfaders from various mixers and if they don’t like them, those faders will gradually disappear from clubs. In fact, at the time when the MAGVEL FADER PRO was being developed, there were probably only 2 faders left in the market that scratch DJs respected. As a mechanical engineer, I was motivated to make a great crossfader because I was convinced that, if we did, DJs would be happy with it and it would survive in the market.

Other companies were beginning to adopt feeling adjustment for their crossfaders, but it was common practice to disassemble and adjust the fader with tools. Our Feeling Adjust feature didn’t need disassembly but it still required tools, and some DJs said, it’s too dark in the booth, and they didn’t want to bring tools to their gigs to do this. So, we made it possible to adjust the feeling without any tools.

Both the DJM-909 and DJM-T1 had long-life faders, and our goal was to make them unbreakable no matter how many times they’re used for scratching. So, if we were going to make a battle mixer, we had to make sure it felt great to scratch with but was also unbreakable. We pursued this goal relentlessly. 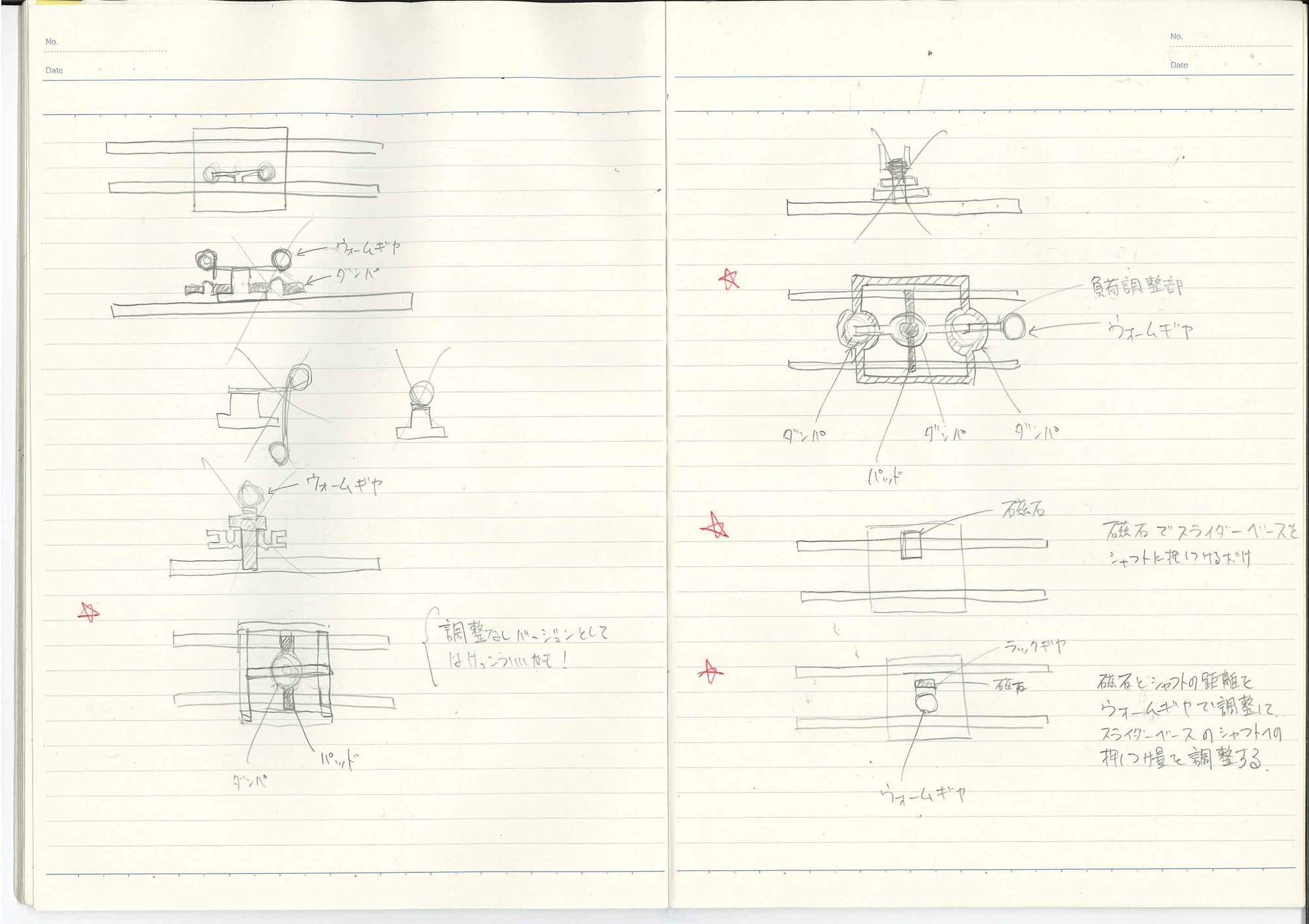 What are the key attributes of a fader that feels great to scratch with?

Mass, smoothness, Feeling Adjust, and bounce when the crossfader is on the edge.

How did you achieve those attributes?

We interviewed many DJs but, because they were all highly skilled, they were able to perform with any decent crossfader and so we couldn’t find any common complaints. So, I started practicing scratching on my own. I’m a techno DJ so I had no scratching skills, but eventually I ended up being able to do at least a two-click flare. I collected many faders from other companies’ mixers, including old ones, and measured and tested every possible specification.

As I gradually learned to scratch, I found preferences for faders. Because I’m not a good scratch DJ, I began to find out that I could do a particular trick with a crossfader from mixer A, but not with a crossfader from mixer B. I broke down the characteristics required for a fader that is easy to scratch with into technical elements and thoroughly researched which characteristics would make it easier to scratch. For example, I added a weight to Company A’s fader and made it the same weight as Company B’s fader to see how it would affect the operation. The bounce and cut lag were the attributes I couldn’t provide an optimal solution for. Since this would need to vary depending on the level of scratch skill, style of scratching, and preferences, I made the MAGVEL FADER PRO customizable to the DJ. 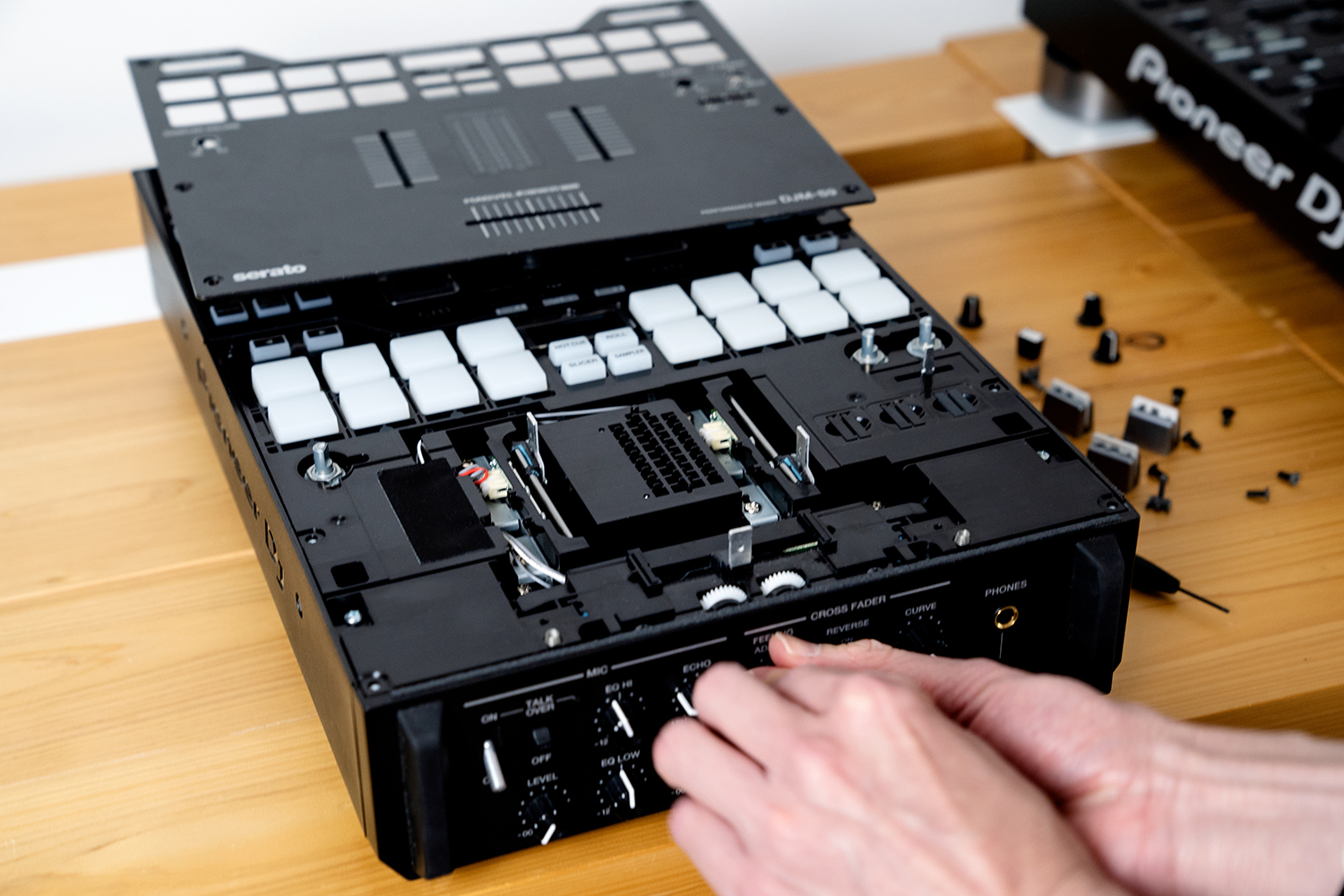 What were some of the challenges you faced during the development process?

It was difficult to get people in the team to understand that a 1g adjustment in fader weight would completely change the feel of the operation. Some just laughed at me when I said, "I want to use aluminum to make it 0.5g lighter."

I also had quite a bit of trouble getting the faders to run smoothly. Since Pioneer DJ makes CDJs, we had pedigree in making good CD drives. The CD drive has a traverse mechanism that moves a pickup which reads CD data but, if it doesn’t move accurately, data reading errors will occur. The traverse mechanism is made to be smooth and precise so that it can move accurately, and I wondered, “What if I could reproduce that precision in faders?” I disassembled a CDJ then attached a knob to the traverse mechanism inside and tried to move it. I also asked my colleagues in the CD drive development team to show me the sketches of drives. I even went to the actual site where CD drives were made to see the manufacturing process.

As a result, the most important parts of the MAGVEL FADER PRO were made with the same precision as the traverse mechanism. I wanted to finish the parts to an accuracy of 1 micrometer (1/1000 mm) in mass production, but our factory didn’t have a measuring instrument with that level of accuracy, so we had to buy one from Japan and have it installed. 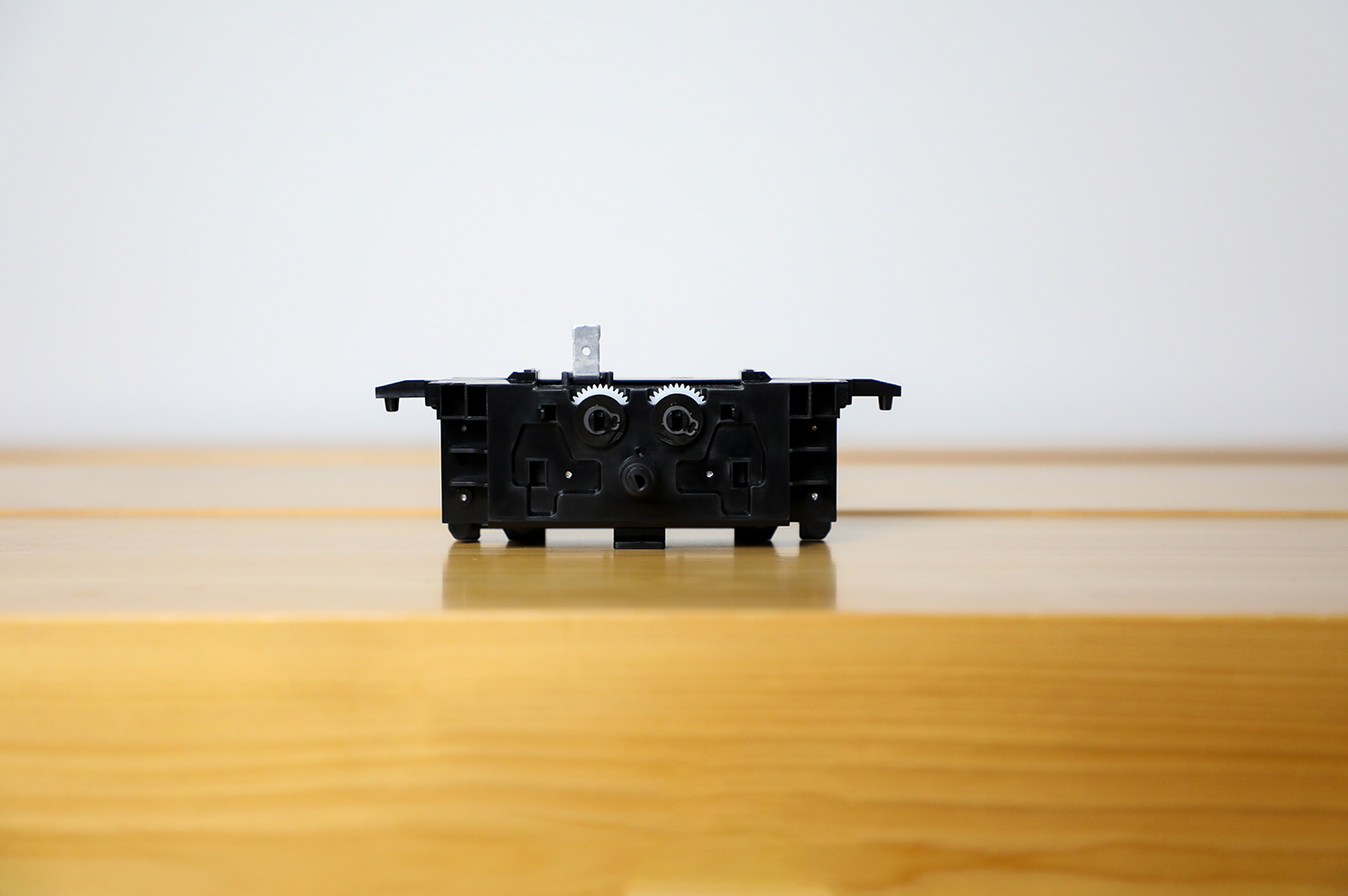 The fader was clearly the result of a lot of trial and error. How did DJs react to it?

We got pretty good feedback at the time of prototyping. We were concerned about the crossfader caps, so we made about 10 different prototypes and had DJs try them out before making our selections. We interviewed many well-known scratch-battle DJs.

Is there anything in particular you’re proud of with regards to the evolution of the MAGVEL FADER PRO?

I’m glad to see that Feeling Adjust has become an essential feature of battle mixers, including those from other companies. It may be a small change in the long history of scratch culture, but I’m pleased to have contributed to it. 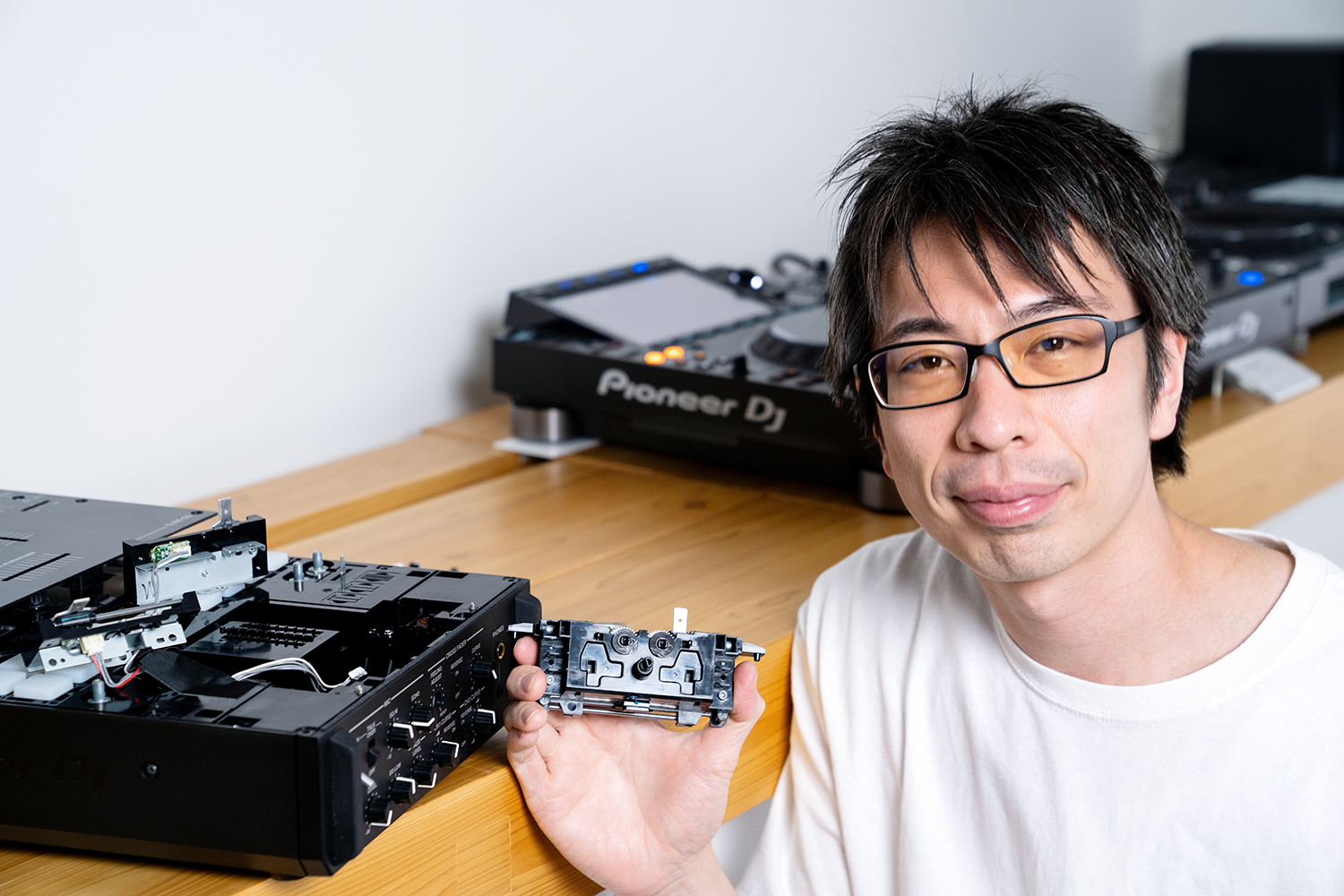