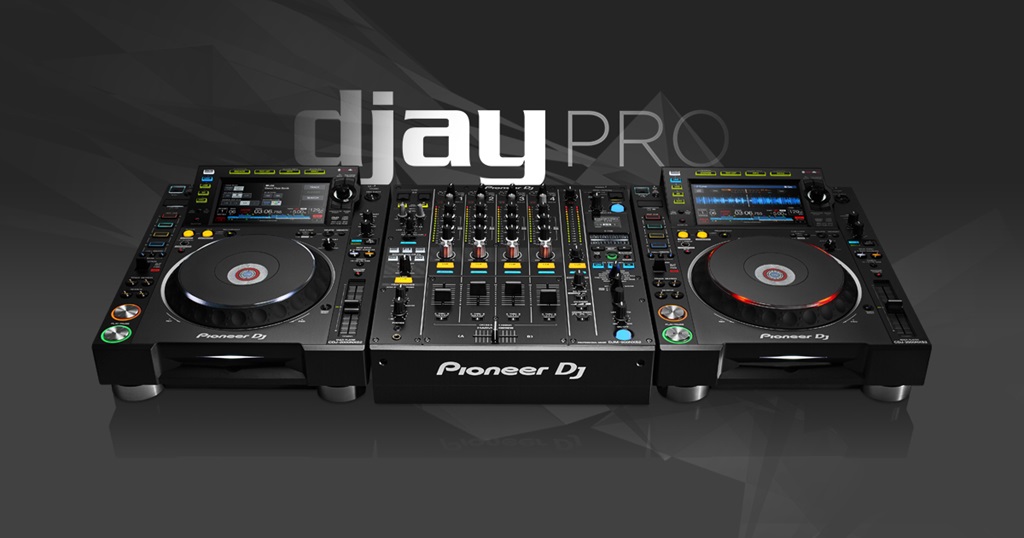 Algoriddim’s djay PRO is now compatible with the USB-HID control feature of our CDJ-2000NXS2 and CDJ-TOUR1 multi players. This comes under the Pioneer DJ Certification Program, an initiative to evaluate products from other companies and certify them as compatible with our DJ gear so you know you can use them together with confidence.

You can use the CDJ-2000NXS2 or CDJ-TOUR1 to intuitively control djay PRO’s features including scratching and tempo adjustment. The decks also display track titles, artwork, waveforms and other information from the software so you can quickly select your next track without looking at your computer.

Connect your DJM-900NXS2 with your CDJ-2000NXS2s, or connect your DJM-TOUR1 with your CDJ-TOUR1s via LAN cables, then simply plug your Mac into the mixer with a single USB cable and you can control djay PRO on up to four multi players at the same time. Thanks to each mixer’s built-in sound card, you can output audio signals without the need for an external audio interface.