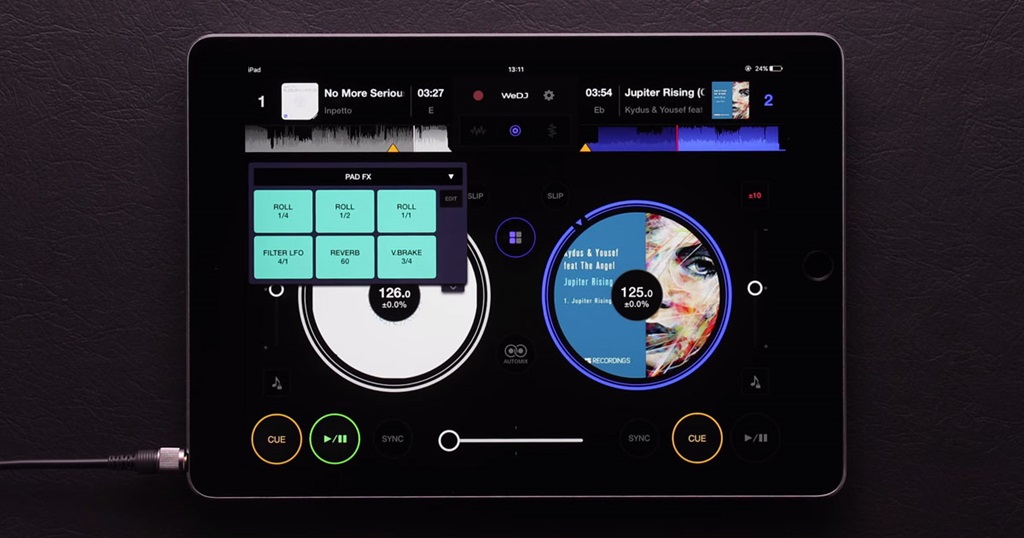 Mix on the move: WeDJ has landed – iPad app for easy DJ performances wherever you go

We’re releasing WeDJ, a DJ performance app that makes it easy for anyone to start mixing music on an iPad. Using the colourful animated interface, you can control the tracks in your iTunes playlists and use a variety of features and FX to add creativity to your sets. By plugging your iPad into speakers, you can DJ at parties, or you can use your headphones for practising wherever you go.

It’s easy to start mixing on the intuitive app, which looks like a two-channel hardware set-up with waveforms, jog wheels, play/cue buttons, tempo sliders and a crossfader. You can use the Sync button to get your tracks perfectly in time and Auto Gain to automatically set the volume to the right level, leaving you free to use the performance features including Hot Cues, loops, Pad FX and Combo FX to make your mix unique. There’s even an Automix feature, which seamlessly mixes in the next track before the end of the track that’s playing. And to take your WeDJ performances to the next level, you can connect the new DDJ-WeGO4 controller for tactile control of the app’s features.