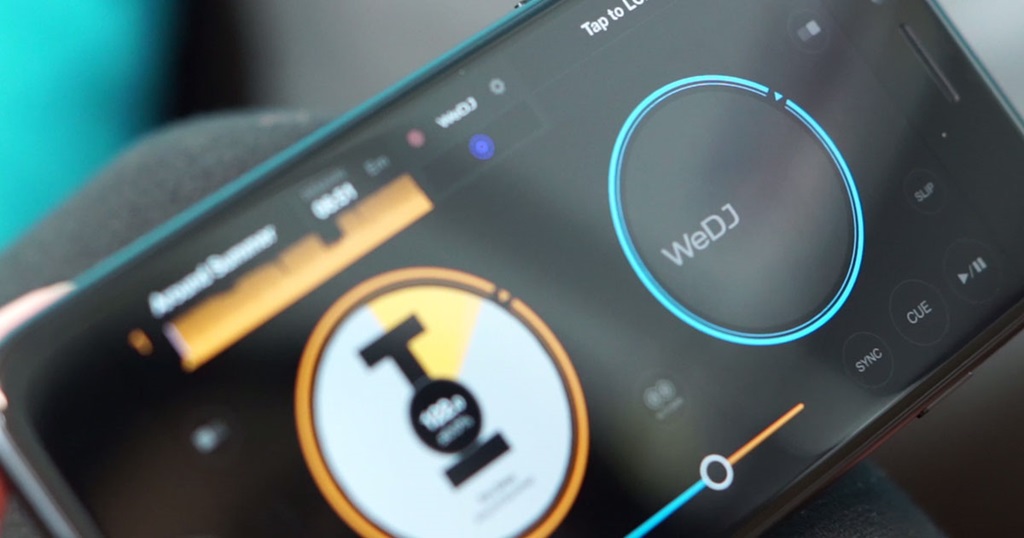 Today, we’ve released WeDJ for iPhone, an additional version of our DJ performance app that lets you mix and add effects to the music in your iTunes library. Specially optimised for use on your iPhone, the app lets you mix anytime, anywhere.

WeDJ for iPhone has all the same features as the iPad version of the app. The colourful animated interface displays all the information and controls you need to perform seamless mixes, and the colours of the waveforms and jog wheels change to match the colours of album cover images so you can easily keep track of what’s on each deck. You can use the Sync button to get your tracks perfectly in time and Auto Gain to automatically set the volume to the right level, leaving you free to use the performance features including Hot Cues, loops, Pad FX and Combo FX to make your mix unique. The app’s layout is optimised for the iPhone’s display, and you can connect the DDJ-WeGO4 or WeGO3 controller to get tactile control over all of WeDJ’s features.

KEY FEATURES OF WeDJ for iPhone