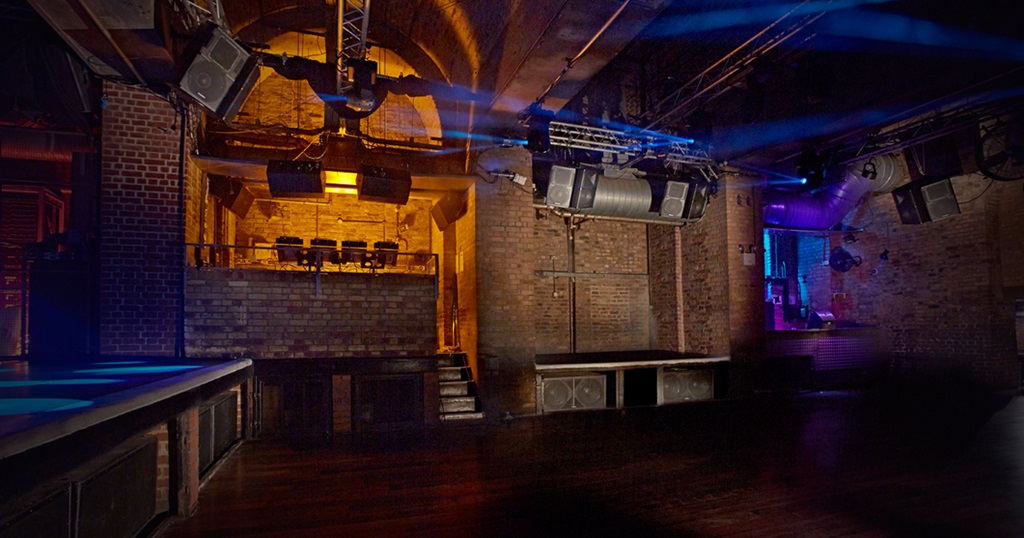 Pioneer Pro Audio is pleased to announce its new status as official audio partner of the revered Room Two at London nightclub fabric. Clubbers attending the eagerly anticipated reopening of the club will experience Pioneer Pro Audio’s new sound system, which uses speakers from the versatile XY series, and replaces the previous set-up which had been in use for 14 years.

Since opening its doors in 1999, fabric has consistently been rated as one of the best clubs in the world and is renowned for its strictly underground dance music policy and impressive sound systems, which people travel from all over the globe to hear. But prior to the club’s recent temporary closure, the system in the 500-capacity Room Two had become tired and wasn’t delivering the full dynamic range, explains Andy Blackett, Promotions Manager at the club. “With techno it was fine but if you played house in here it always sounded raw and a bit too punchy. So we decided to look at new systems to help correct that.”

When invited to demo a system in the club, Pioneer Pro Audio’s Manager, Alex Barrand, chose the XY series because its versatility and relatively small cabinet sizes meant that speakers could be positioned anywhere necessary to ensure even coverage in the awkwardly shaped room. “We listened to a handful of systems and gave them two demos each, and it was clear after the first demo that Pioneer Pro Audio won every single demo hands down. It blew your socks off and none of the other systems had that initial impact,” remembers fabric’s Blackett. “I was looking for full-range sound, a lot of sub-bass, a lot of bass but also a very full range and I found Pioneer Pro Audio was the best system for that, easily,” adds Keith Reynolds, fabric’s Technical Manager, while Cameron Leslie, founding partner at the club says: “You could see everybody looking at each other and just nodding as if to say, ‘Yes, that's perfect’.”

Once the Pioneer Pro Audio system had won the demo process, the installation challenges began. Housed in a Victorian cold store, fabric’s brick structure, railway arch ceilings and the unusual shape of Room Two create audio challenges that can change as often as every half an hour. The number of people in the room, the temperature inside, and even the weather outside can all affect the performance of the sound system. To make things even trickier, the club wanted to begin installation on a Sunday and open as usual the following Friday night. “I was scared about that,” admits Reynolds. “But the guys from Pioneer Pro Audio came in and did it in three days. We were ready by Wednesday and we spent Thursday just tuning and smiling. It was some feat.”

The install comprises 26 speakers from the XY Series, including 10 XY-218S twin 18” subwoofers and 12 XY-122 12” full range speakers, and the whole system is driven by Powersoft amplifiers with AES digital connections. “Putting the XY series in there and having clusters around the dancefloor created total coverage,” explains Pioneer Pro Audio’s Barrand, adding, “You also hear a lot more definition and detail because instead of four compression drivers which were previously in the room, there are 12 now. We had to be mindful not to cause any undue fatigue to people on the dancefloor because of the compression drivers, but to really work with it in a way where we can enhance the full dynamics and coverage of the system.”

Having been used for a few weeks before the club’s temporary closure, the new system is already a hit with both the club’s staff and the artists who perform there. “The power beats the awkward shape of the room, but it has the warmth in the bass and the midrange to still fill the room,” explains Reynolds, while international DJ Jackmaster says: “I always really liked the system in Room Two, but to my surprise they’ve made it even better. I really noticed the difference in there. The energy seemed to really step up a notch.”

On Pioneer Pro Audio’s partnership with fabric, Mark Grotefeld, General Manager, Marketing, Pioneer DJ Europe says: “The fabric team take sound so seriously, it’s an honour and a privilege to work with them. We’re proud that they’ve chosen Pioneer Pro Audio as partners and we can’t wait to collaborate with them on future projects.”

And fabric’s Leslie adds: “I've been really pleased that it's been so smooth and collaborative. It’s been really easy, and to that extent you can tell that it’s going to evolve and move on. It goes beyond just a commercial partnership; we’re on the same page.”

fabric is the latest in a line of world renowned nightclubs to partner with Pioneer Pro Audio. Since launching in 2013, our versatile range of speakers has been installed at venues including Sankeys, KM5 and Ushuaia Tower in Ibiza, Magdalena in Berlin, Café D’Anvers in Antwerp, and Sound Nightclub in Los Angeles.