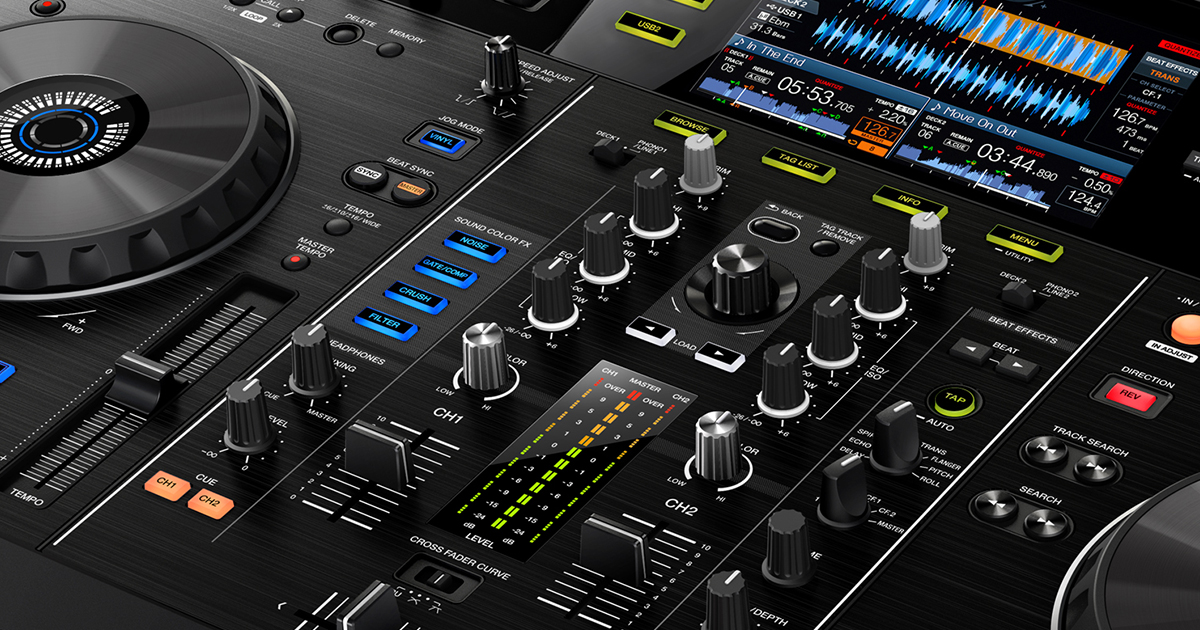 Be liberated from the laptop as Pioneer DJ launches the XDJ-RX: the perfect marriage of the CDJ platter, a high-performance mixer and a central, full-colour screen featuring dual waveform display. The XDJ-RX inherits much of its DNA from Pioneer DJ’s top-flight NXS line-up, adds pad control with the all-new Loop Slice, USB recording, and loads rekordbox™ tracks directly from USB key – making it an all-in-one dream for digital DJs.

The XDJ-RX is Pioneer DJ’s first product to feature a single LCD screen that displays information from both players simultaneously, including dual waveform display, playback position, BPM and beat grids. DJs can quickly browse and select tracks using the large dial and Load buttons. The two CDJ-style platters have a familiar club-standard layout and give DJs instant access to pro-DJ performance features including Beat Sync, Slip Mode and Quantized cues and loops. Pads add a physical element, with instant access to Hot Cues and Auto Beat Loops – or DJs can choose and slice loops on-the-fly with the new Loop Slice function.

The unit’s mixer boasts four high-quality Sound Colour FX and eight Beat FX, including the DJM-900NXS’s hugely popular Spiral. With two MIC inputs, a LAN port and an array of quality IN/OUT connections, the XDJ-RX can be used as a stand-alone two-channel mixer. Plus two USB ports means DJs can use both for playback whilst recording their performances to one of the USB devices at the same time.

The all-in-one rekordbox solution, the XDJ-RX will be available from late February 2015.