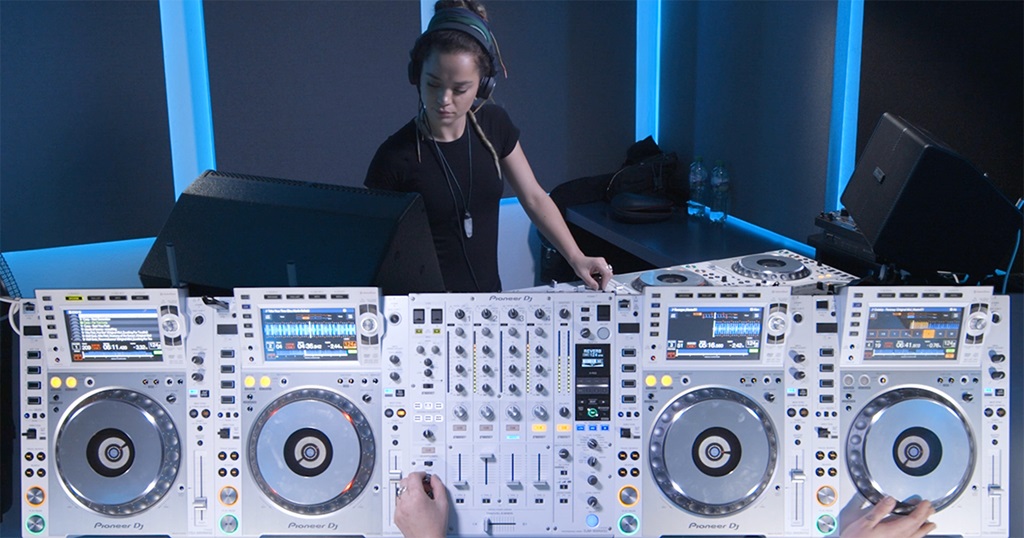 Get set to hear the sounds of Ibiza, 2019. The Zoo Project’s resident DJ, Cici, delivers a psychedelic Balearic mix on the DJsounds Show.

She’s currently serving as resident DJ for both The Zoo Project and Cosmic Pineapple at Pikes in Ibiza, but Cici somehow managed to find time to join us in the swelteringly hot DJsounds studio (broken aircon and all).

Performing with an icy NXS2 kit, the music producer and DJ puts the decks to work, delivering a mix full of Balearic electronic beats.

“[It’s] what I’ve been playing in Ibiza, the kind of feeling that I’ve been having on the island,” she explains in the pre-mix interview.

And it wouldn’t be a Cici mix without a psychedelic edge.

Watch the video to hear her mind-bending Ibizan sounds.

Want more music by underground and international DJs? Relive the live sets by Leftwing : Kody and Doorly on the DJsounds Show and enjoy some of the best mixes to air on Pioneer DJ Radio last month.